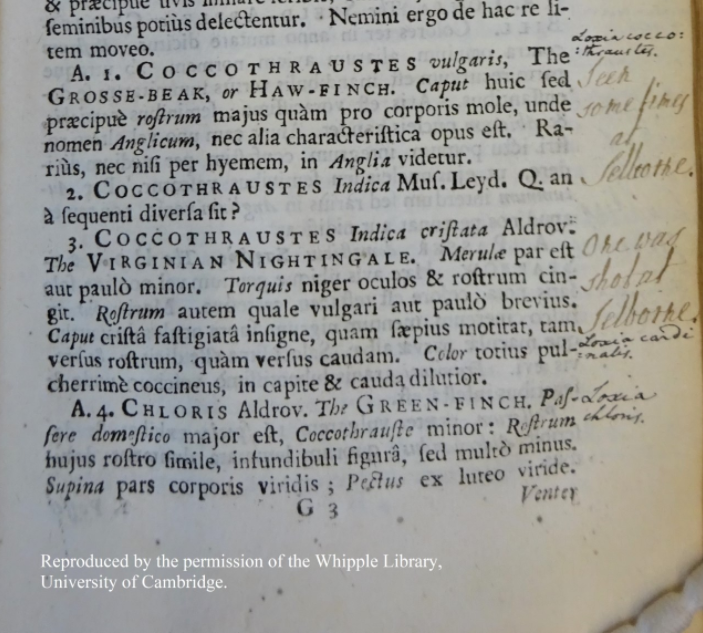 The link for this event has now been sent out. If you booked and have not received your email please email marketing@gilbertwhiteshouse.org.uk

Books were central to Gilbert White’s interests in natural history. In this talk, I examine several books annotated by White himself and discuss how these were used when collecting information on the natural world. White’s books encapsulate his fieldwork in and around Selborne and arrange this alongside the information he received from a global network of correspondents. Much of the information White added to his annotated books was later incorporated into the letters he sent to Thomas Pennant and Daines Barrington that formed the basis for The Natural History and Antiquities of Selborne (1789).

Edwin Rose is currently Munby Fellow in Bibliography at Cambridge University and a research fellow of Darwin College, Cambridge.

Your ticket for the: GW300 Online: Annotating Nature in Gilbert White’s Selborne