Looking to the Stars! 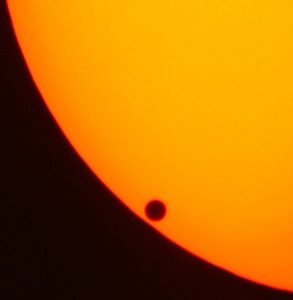 An 18th Century parson naturalist and space don’t seem to be natural companions, but Gilbert White was a keen astronomer as can be seen in his diaries…

The moon & Venus in the S.W. & Jupiter & Mars in the E. make nightly a charming appearance.

Parhelia, or odd halo round the sun.

The Planet Mercury is now to be seen every evening: it is nearer to the horizon than Venus, & more to the right hand, setting somewhat S. of the W. about six in the evening.  Will be visible about six days longer.

The study of astronomy was popular in the 18th century with notable figures such as King George III having The Kings Observatory in Kew built to view the same transit of Venus that Gilbert observed from his garden. Astronomers were fascinated by the workings of the Solar System as are we today. 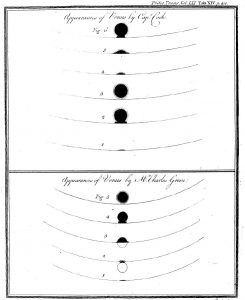 This Autumn we will be running a ten week Astronomy course. This informal course will cover the some of the historical aspects of astronomy and we will view some of the notable people and events in the history of mankind’s quest to understand the cosmos and our place in it.

We shall take a critical look at telescopes, how they have helped mankind uncover the mysteries of the universe. Buying a telescope can be a minefield, so we shall look at the many types of telescope and try to understand what telescope may be most useful to you should you wish to buy one.

We will together explore the solar system in detail looking at the planets, minor planets, asteroids and comets. We will take a close look at our nearest neighbour the Moon and see why it is so important to us.

The Sun is the giver of life and we shall look at how the Sun shines, describe features on the Sun, delve under its surface and uncover some of the mysteries of why it shines and what will eventually happen to the Sun. 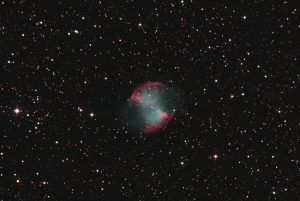 We live in a galaxy full of stars, dust and gas and other planetary systems. We shall see what happens to the many different types of stars and how they end their life, we will look at the gas and dust how our galaxy makes new stars. Could there be life on other distant worlds? Finally we shall explore the cosmos on the grand scale, how did it come into existence and what is the fate of our universe.

When ever the weather permits we shall also use telescopes to look at the night sky and become familiar with the constellations of the autumn sky.

The course is richly illustrated and course material is available to take away with you. The Course is run by Graham Bryant from the Hampshire Astronomical Group, and tickets can be booked here!

Your ticket for the: Looking to the Stars!

Looking to the Stars!