Plants are classified as a ‘herb’ if they have a use – these could be culinary, medicinal, for scent or for dyes for cloth and inks. Herbs have been used for centuries around the world – the uses usually passed between generations by word of mouth. In England, religious communities in medieval times had traditionally used herbs for medicine. The publication of Nicholas Culpeper’s book ‘Herbal’ in 1649 made information on herbs more widely known and understood.

Gilbert White seems to have been growing herbs mainly for use in cooking. The herbs were grown amoungst vegetables and other plants. He grew Salsify (Tragopogon porrifolius) for its edible root ( it is meant to taste like oysters) that could be used in soups and stews – it also has edible flowers. Scorzonera (Scorzonera hispanica) was also grown and is very similar to Salsify but its root is black. It has the common name ‘viper’s grass’ because in the middle ages people thought it was an antidote for snake bites. Parsley was grown regularly by Gilbert White – used as a flavouring in soups and sauces, in salads and in meat and fish dishes. It is also useful medicinally for indigestion. He also grew Lovage (Levisticum officinale), an old English cottage herb that has been used for centuries as seasoning in soups and stews and as a digestive tonic. The young leaves can be made into soups and the seeds added to bread. Plants such as Sage, Thyme, Marjoram and Mints were also grown.

Herbs are grown here to use in dishes served in the cafe in the stable yard. They include : parsley, chives, fennel, dill and rosemary. We also grow herbs for their scent and colour and to attract beneficial insects such as bees and butterflies. They include : Lavender, Nasturtiums, Calendula, Anise hyssop, and Elecampane (Inula helenium).

In the Garden Kalendar on 17th April 1765, Gilbert White wrote - ‘Made a new bed for aromatic Herbs. Little rain for a week past; but shady mild weather’ 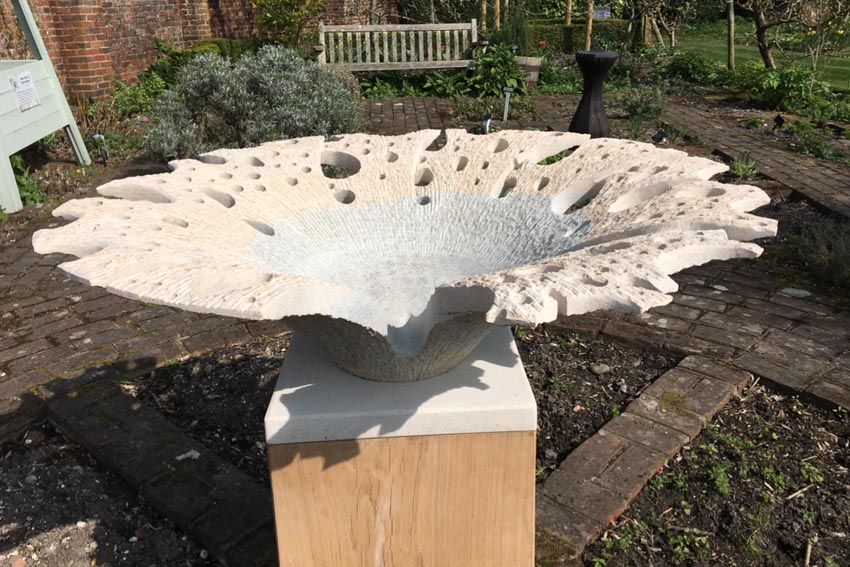 Your ticket for the: The Herb Garden